New Year is a big thing in the country that brought the world its favourite turn of year anthem, Robert Burns’ Auld Lang Syne. It isn’t even called New Year: we Scots call it Hogmanay.  Big events have been cancelled this year due to covid regulations, but there's still plenty to do to keep the hogmanay spirit alive! 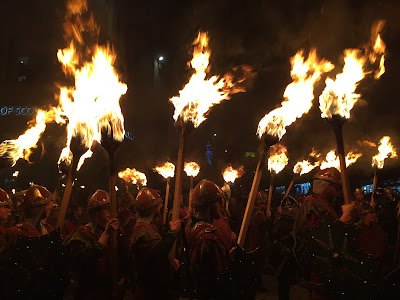 Let’s delve into Hogmanay’s back story. It has been celebrated in Scotland since time immemorial. One historic reason suggested for the growth in its popularity is that Scottish churches after the Protestant Reformation shied away from the public celebration of Christmas. However it came about, it’s quite the party today.

The Hogmanay traditions go back way through the centuries in Scotland to the days when pagan rituals were celebrated by the clans in the glens. Back then a volley of strange rituals graced the big night, such as burning a horse’s head, then passing it around the group with everyone taking a turn to wear it on their head!

Mercifully I reckon this one is gone for good, but one tradition that joyfully remains is ‘first footing’. It’s traditionally considered good luck for the first person to enter your house after ‘the bells’ (midnight at New Year in Scotland) should be a tall, dark stranger brandishing a lump of coal. Some homes still open their doors, but if you turn up at mine I’ve got central heating so I won’t thank you for coal – a bottle of whisky would be warmly received however!

Head off into the wilds

It's not all about big parties, there are some more relaxing ways to enjoy Hogmanay in Scotland. Head off into the wilds, into some of Europe’s most dramatic scenery enjoying lashings of fresh air for New Year. Get beyond the Central Belt and Scotland offers space, serious space, so you can lose yourself in Mother Nature and just recharge those batteries that have been hammered so hard over the last few years. 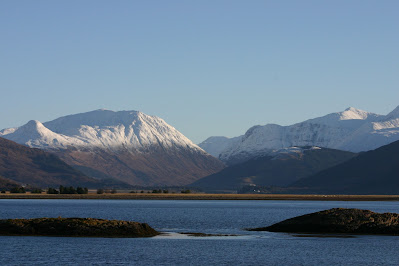 Scotland in winter is a real playground for the well-equipped and savvy – take care more than ever and be prepared in the Scottish wilds in winter. There are myriad great walks to enjoy that don’t involve an ice axe and crampons; ones that do in abundance in many places too, including the world-class winter challenge of the Cairngorm Plateau. 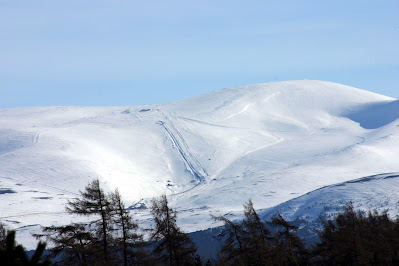 The Cairngorms are great for skiing and snowboarding too - you’re spoilt for choice with Scottish Hostels to stay on the map. These hostels also open up access to the ski fields at The Lecht and Glenshee. Then across in the west there is the skiing at Glencoe, with the Glencoe Independent Hostel on hand as a lovely base. 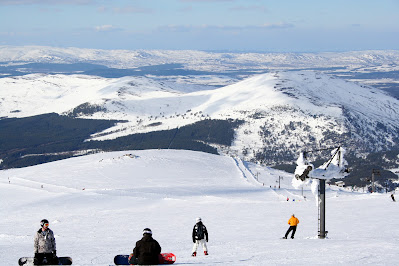 A seriously cosy time of year

Scottish Hostels are a brilliant way to escape in Scotland in Winter. It’s a seriously cosy time of year with life-affirming strolls by day and cheery drams by night. How about Colonsay Backpackers Lodge, a refurbished former gamekeeper’s house and bothies on the Isle of Colonsay? It’s now a cosy hostel with an open fire. Or what about Ardtornish Estate Bunkhouse? It’s on remote Morvern, a mainland peninsula that is as wild and beautiful as the Hebrides. Here on the Ardtornish Estate it feels like you’ve got your very own Highland estate and you do – well at least easy access to it anyway. 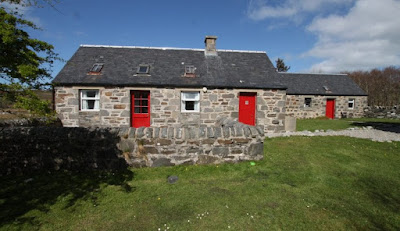 Get away from it all

If you want to get away from it all – really get away from it all – then head for John's Bunkhouse. This gorgeous escape was built in traditional Hebridean ‘blackhouse' style in 2018. It’s by a gorgeous white sand beach. The beaches are so good on Berneray here in the Outer Hebrides that the Thai tourist office famously borrowed one for an advertising campaign. This hostel is a perfect hideaway with underfloor heating, drying room, bike shed and a peat-burning stove.

The Hogmanay fun spreads all around Scotland. The Aberdeenshire coastal gem of Stonehaven is home to the famous Fireballs ceremony. Come over all pagan again, along with thousands of spectators. Don’t be worried about talk of ‘buckets’ and ‘swingers’ as they are all part of a spectacular free fiery parade through the town’s streets that is at the hub of the tight-knit local community.

Or head to Perthshire. Come to get rid of the year’s evil spirits along with the fiery locals in the village of Comrie. It takes weeks of preparations to get the eight giant torches ready for the midnight procession through the historic streets. As pipers play on, the torches are heaved from a bridge into the chill, dark waters of the River Earn, taking a whole year's worth of evil spirits with them.

Over the last few decades Edinburgh’s Hogmanay has been turned from a local party into a festive celebration renowned the world over. When we're not restricted by covid regulations, the street party takes over Edinburgh as the entire city centre is sealed off and only those with tickets will be allowed in. Inside the cordon thousands of revellers crowd Princes Street and get into the mood as the clock ticks down to midnight.

When the clock hits midnight all hell breaks loose. A volley of fireworks rip open the night skies around the castle and its ramparts are bathed in multicoloured light. As the fireworks crack and bang overhead, they light up the faces of the revellers celebrating the New Year in that time honoured Scottish tradition - embracing the nearest stranger like an age old friend. Though with Covid this year, these big gatherings have been cancelled. 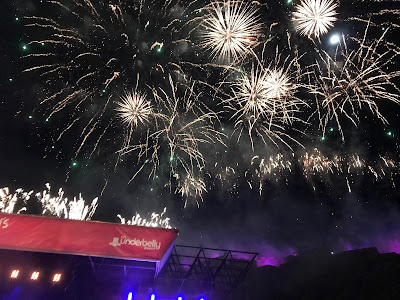 One of the most bizarre Hogmanay events is the ‘Loony Dook’. This involves heading for the chilly waters of the Firth of Forth at South Queensferry, then plunging headfirst into the water on January 1! Wet and dry suits are not allowed; fancy dress is positively encouraged. It is certainly a good way of shaking off a serious Hogmanay hangover - that is if you survive the hypothermia. There are other New Year’s Day swims in Scotland in Broughty Ferry, where the River Tay meets the North Sea, and near Inverness on the banks of Loch Ness at Dores. 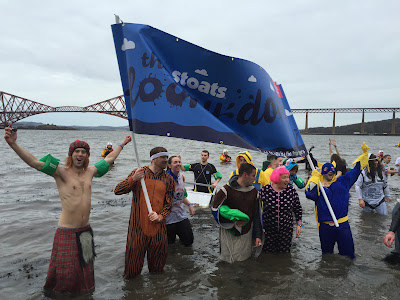 There really is nothing quite like New Year in the home of Auld Lang Syne. 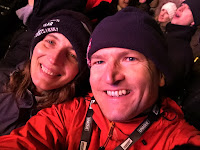