Setting the standard for a stag party! 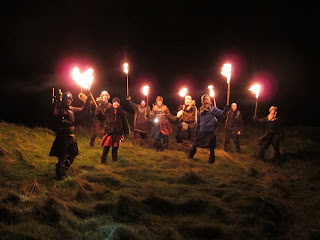 A group of ten stayed at the Cullen harbour Hostel on 11 and 12 December 2015 in order to celebrate the stag party of James Dodds who married Laura Willox on 19 December in Perthshire. Not content with a humdrum stag party they preferred to make the most of the history and natural beauty of Scotland. This stag party had a tough act to follow after pictures from the group's previous stag party on Skye attracted more than 25 million online visitors and coverage from the BBC.

They booked exclusive use of Cullen Harbour Hostel. The unique style of the hostel fitted in with the theme for the stag party.  It has an authentic, hand-built feel, with flagstone floors, exposed roof beams and chunky bed frames. 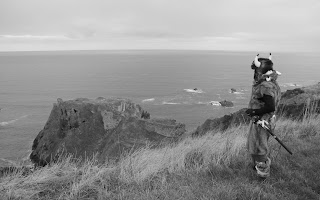 It was an excellent base for embarking upon a Viking feast in the nearby derelict Findlater Castle.

On the Saturday afternoon, food, chairs and an oak table were carried along the coastal path to the 14th Century Findlater Castle. On arrival they identified the perfect spot – a room overlooking the sea cliffs and with a vaulted ceiling to protect from the winter chill. The dining table was duly set up and the group had a fabulous meal of roast pork (locally bred in Speyside). They drank their way through a keg of locally brewed dark ale and told ghost stories sitting around the old fireplace. 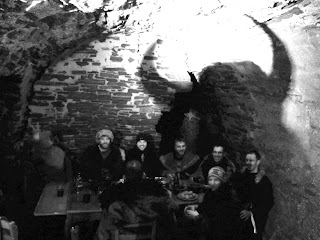 At the end of the evening they lit flaming torches (prepared by a professional fireman) to light the journey back to the hostel. It was a cloudless sky with no moon and as they crunched through frosty grass they had a really privileged view of the Gemenid Meteor Shower to mark the end of a fabulous night of celebration. They returned the next day to collect their furniture and remove all traces of their presence


Howard Owens of Cullen Harbour Hostel commented “Stag parties can be problematic but these guys were great. They were simply in pursuit of pure pleasure which was fit, healthy and purposeful as well as fun. 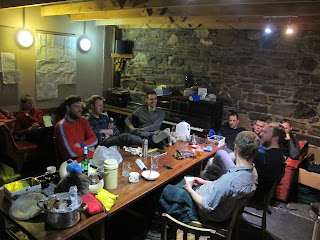 This sets an example that you can have a good time without being drunk and offensive and messy but without being tame and boring too. For these lads, it was a question of doing something one stage more ambitious than their last stag party on Skye. I like the idea of being energetic and outdoors whilst partying. This type of group is welcome at Cullen Harbour Hostel anytime!”

The Structure of Findlater Castle is much deteriorated with large cracks in many of the walls so the group and Cullen Harbour Hostel want to make it very clear they are not recommending this particular experience to others!

The amount of coverage the group are getting in the media does seem to demonstrate they are setting the standard for a stag party!

View the BBC coverage of the Skye stag party