Where to see the 2015 solar eclipse 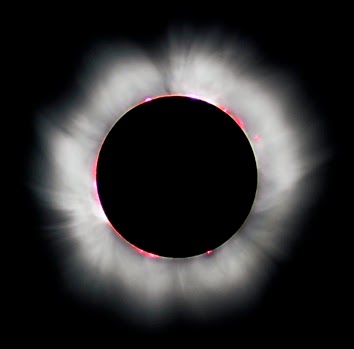 Occurring on March 20, 2015, the solar eclipse will be the last seen in Europe for decades to come.
Although total eclipses, during which the Moon totally blocks the light of the sun, can be seen somewhere on Earth every year or two, they are very rarely seen in Europe, which is why there is mounting excitement about the next total solar eclipse, on March 20 2015

Total eclipses occur when the Sun, the Moon and the Earth are exactly lined up, so that the Moon's shadow reaches the surface of the Earth. However, the main cone of shadow (the umbra) is only just long enough to do this, and totality can be witnessed from only a very restricted area of the Earth`s surface as the Moon’s shadow sweeps along a narrow corridor known as the path of totality. To either side of this track only a partial eclipse will be seen.

On 20 March 2015, the narrow track of totality passes between Iceland and the Outer Hebrides, so nowhere in the British Isles will witness totality itself, but a very significant partial eclipse will be seen right across Scotland from a maximum  of 93.2% in Edinburgh to over 97 per cent in the far north and north-west of Scotland;

The eclipse will start from around 8.30 am with the maximum eclipse occurring around one hour later  and the whole event lasting well over two hours.

Looking at the sun is dangerous and can even result in serious eye damage or blindness. The danger is not because of the eclipse, it is dangerous to look at the sun at any time. You must always protect your eyes during the partial eclipse. However, an eclipse of the sun can be observed safely by following the Dos and Don’ts of the Solar Eclipse Safety Code (printed copies available from the British Astronomical Association), but do supervise children closely at all times.

Normally, by the time the sun is nearly half covered, anyone standing near a tree or bush will be able to see tiny crescent-shaped images on the ground around them. Gaps in the foliage act as 'pinhole cameras' and focus the images of the crescent sun. It is also possible to make your own pinhole projector to observe the eclipse in safety. 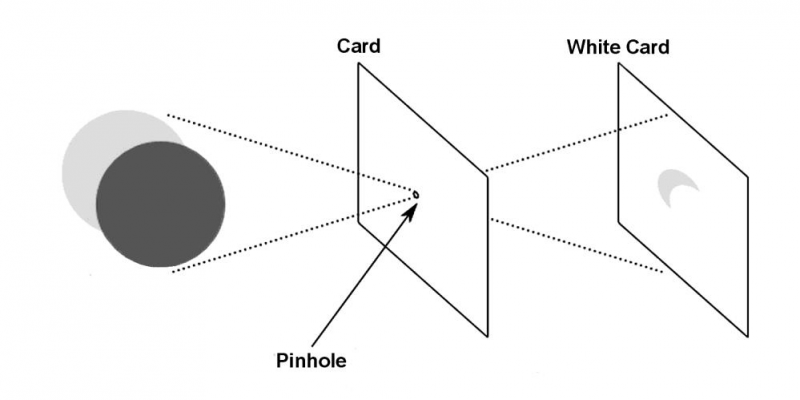 A simple pinhole projector made with two pieces of card.

Make a small neat hole in the middle of a large piece of card and use it to "project" an image of the sun onto another (preferably white) card screen positioned 1-2 metres away. Don't look through the hole – look only at the projected image on the (white) card screen.