Are Hostels geared to catering for the Solo Traveller? 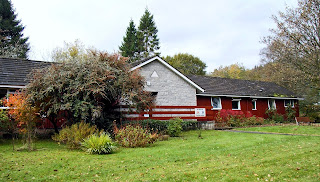 Solo travellers get a poor deal from accommodation in general. In hotels and guest houses they pay much more, often twice as much, as anyone else. Thank goodness for  Hostels, where solo travellers are charged no more than others!


So are hostels geared to catering for solos?


Well, yes but.  Most Hostels take solos at a fair price, but as they make more money from groups, many Hostels are inclined to take groups in preference.  Groups often stipulate sole-use, and Hostels are keen to oblige. And the poor solo traveller finds there is no room for him or her.


Large groups can choose from a range of Hostels and bunkhouses that cater especially for them.  Couples and pairs who want privacy can choose from hundreds of B&B and budget hotel rooms. But solo travellers' only choice is the much smaller number of hostels that cater for them. That is why it is important that the hostel movement should continue to support the solo traveller.


At Inveraray Hostel, our stated ethos includes: equal treatment for the solo traveller. During the season April to September we will not take any groups that specify sole-use, or that take up the whole Hostel. We will not charge less per person to groups, because this is equivalent to charging solo travellers more. We try to save beds each night for solo travellers.


Even so, 'solo travellers' are a seasonal market, and unfortunately in the winter months of November to February, it is financially impossible to stay open for a very small number of guests. In those months we do allow bookings by groups who take over the whole Hostel. In the shoulder months of March and October we are open to all, but we are also prepared to take solo-use groups then. And our ethos also states that we are a friendly Hostel that encourages sociability between all our guests, solo travellers, families and groups. We look forward to meeting you!
Inveraray Hostel is the newest member of SIH. Inveraray Hostel was owned and run by SYHA until 2013 when it was bought by Peter Wright.  Inveraray Hostel opened as an Independent Hostel on October 10th 2013.  Peter’s aim is simple: to develop an excellent hostel! Peter has been hostelling since he was 14 years old (which he admits is a long time!!) and believes that hostels should do what they always should have done: provide cheap, social and simple accommodation for solo and small group travellers. As larger hostelling organisations move to cater for more commercial markets, Peter wants Inveraray to remain a place for travellers of all kinds to relax and generally have a good time.
Posted by Scottish Independent Hostels at December 01, 2013